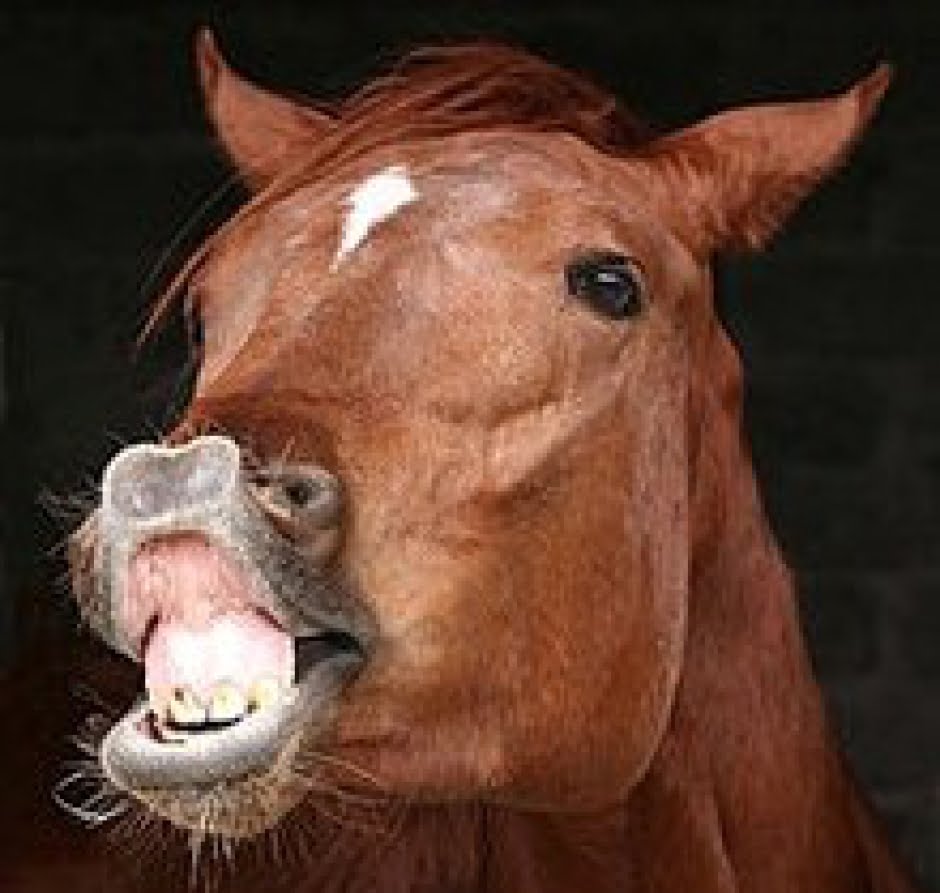 03 Nov The meaning behind “don’t look a gift horse in the mouth” and how it relates to your teeth.

Posted at 04:48h in Dental tips and advice by adminva 0 Comments

Did you know that a lot can be known of the condition of a horse by checking the mouth of a horse? The same holds true for us humans. What are the dental signs that give the most clues to your age? What are the things that make you appear dentally younger?

Many sources track the saying “don’t look a gift horse in the mouth” to the sixteenth century where John Heywood’s A Dialogue of Effectual Proverbs in the English Tongue Concerning Marriage had “No man ought to looke a geuen hors in the mouth”. In this form, the saying uses “given horse” instead of “gift horse” but the latter became more frequently used over time.
The saying is referring to the fact that a lot can be learnt by a horse’s age and general health by examining its teeth.

It was a smart thing for traders to look in a horse’s mouth in detail before buying it. When given a gift however, the saying is suggesting that one shouldn’t look over it with too much scrutiny because it’s a gift. Essentially the saying means “don’t quibble about a gift and be grateful for it”.

Being very social animals we’re placed in a lot of situations where our teeth get a look at even when we’re not at the dentist. Pretty much every time we’re out in public smiling, laughing. So then, what do your teeth and smile tell about you? Here are the most obvious signs of dental aging and health. Along with the solutions to manage them.

Teeth don’t have to be but are often lost over time. Therefore, seeing missing teeth is one of the most obvious signs of dental aging.
Solutions; Dentures, Crown and Bridge, Dental Implants.

Every tooth has an outer white layer, as well as an inner yellow layer. The whitest enamel layer gets worn over the years, leaving more of the yellow inside of the tooth to dominate. A diet with teas, coffees, smoking and red wines will further darken the smile. Poor cleaning or irregular dental hygiene cleans can also leave a yellow brown mineral layer of build up (tartar, calculus) on the teeth near the gums.
Solutions; Thorough Hygiene Clean, Teeth Home Whitening, Zoom Dentist Whitening, Porcelain Crowns, Porcelain Veneers.

Teeth tend to gradually move to bunch together very slowly. Even smiles that have been corrected via orthodontic treatment in the past can crowd up again without the right maintenance.
Solutions; Invisalign, Orthodontic Braces, Porcelain Veneers, Composite Veneers.

Amalgam restorations are the dark silver mercury restorations that were used predominantly before the late 1990’s. About 99% of dentists (including here at The Smile Team Balwyn North Dentists) don’t see them as a direct health hazard based on decades of the best research. However, they generally add greyness and black to your smile that some patients may dislike. White restoration too can discolour over time, but sometimes can be very easily polished white again.
Solutions; Restoration Polish, White Restorations, Porcelain Onlays, Porcelain Veneers, Porcelain Crowns.

“Getting long in the tooth” is another equine saying also relates to humans. It has been accepted that the teeth in horses get longer over the years and it’s possible to tell how old the horse is in such a way. This applies to humans only where significant gum disease is occurring and the roots of the teeth become visible to add to the apparent length of the teeth. For most patients the shortening of teeth is a more common sign of dental aging where tooth grinding wears the teeth down.
Solutions; Thorough Hygiene Cleans for gum disease, Protective Nightguards for night time tooth grinding.

Associated most commonly with the back teeth, cracks are lines that form showing the tooth separating into different pieces.
Solutions; Small Cracks can be monitored, Porcelain Onlays and Porcelain Crowns.

Dental aging is natural just like everywhere else in the body. Just like the rest of the body we all differ in what we accept and strive for regarding our health. There are always a range of simple to complex solutions available. We hope this article has been both interesting and informative for your dental health. It comes “straight from the horse’s mouth”.

If you have enjoyed reading this article, please like this article or like The Smile Team Balwyn North dentist.