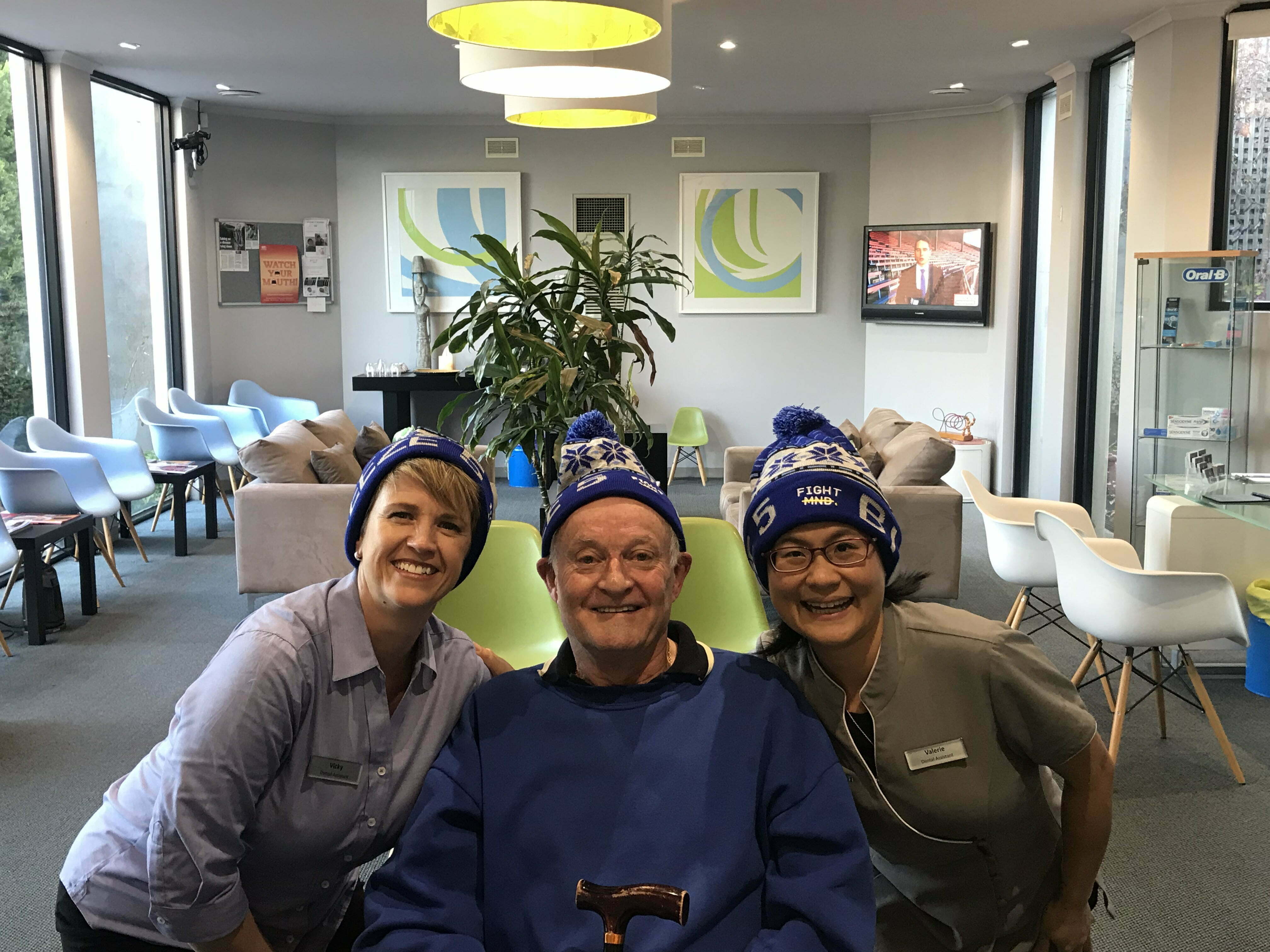 Posted at 15:23h in News and updates by The Smile Team Balwyn North Dentist 0 Comments

Sometimes there are more important things in life than teeth.  Believe me, that’s hard to say working in the dental profession.  Every so often in our daily life we come across individuals that inspire us, who remind us that the meaning of life is to live a meaningful life.  The purpose of this blog, the first in our series, is to share the stories of patients of The Smile Team who stir courage in us to always aim higher.

Before the Ice Bucket Challenge went viral on the internet in 2014, and the first Big Freeze brought the fight against Motor Neurone Disease (MND) to the forefront of public awareness Australia, Peter Ruddock had already been actively fundraising for MND for many years.  Collecting corks was one of the original formal fundraising methods by the Motor Neurone Disease Association of Victoria since 2001, where the corks were sold to recyclers.  It took about 300,000 corks to buy a wheelchair, and Peter single handedly collected over 1.5 million corks for the association.  That’s quite a feat.  Nowadays Peter is right behind FightMND and the Big Freeze, having sold hundreds of beanies before and on gameday every year.

Peter has always been active in the community through decades of coaching and development of swimming in Australia since the 1960’s. MND seems to unfortunately affect a disproportionate number of sports people. He has also influenced the lives of many through the education system as the now retired principal of multiple primary schools including Doncaster Gardens primary school. This allowed him to further awareness of the disease via school talks.

Peter was diagnosed with Motor Neurone Disease over 27 years ago.  Typically there is a life expectancy of less than 3 years from diagnosis. As one of the “longest Livers with MND” in Australia, Peter continues to defy medical science. Because of this, Peter regularly donates his skin, blood and hair to 9 different research facilities throughout Australia and overseas to help the search for the cause and treatment to MND.

A proud grandfather of 3, Melbourne Demons supporter, Melbourne Cricket Club 50 year member, and avid orchid grower, Peter has tried to stay fit despite of the effects the disease on his balance.  He has exercised over 10,000km for many years until recently on a recumbent tricycle along bicycle paths. There are some other symptoms including impaired speech, deterioration of fine motor skills, and weakening of limbs.  In the dental setting excess water poses a challenge for swallowing and choking, requiring treatment to be adapted.

However, Peter’s mind remains sharp, always carrying with him a healthy dose of humour, and is forever considerate to help others in any way possible. You get the sense in every conversation with Peter that he is actively looking to positively impact others and sees the bigger world beyond himself.  It’s this remarkable heartfelt desire to help others through every situation that really makes Peter an inspiration to our team.

For read more about Peter, here’s a link to a 2011 The Age newspaper article .